A tradition at First Methodist School in Bartow is the reenactment of the Israelites' wandering walk in the desert.

On Feb. 1, 81 students and faculty at the school followed third-grade teacher Elsa Huff and Pastor Armando Rodriguez on the six-mile journey. It is a history lesson, a time of fun and fellowship and an opportunity for students to have a greater appreciation for what the Israelites encountered.

Huff, who originated the concept, was taking her 40th walk. She was joined by Kayline Lowe, widow of Pastor Roy Lowe, who suggested that these walks should be continued until at least the 40th walk, after the number of years the Israelites wandered in the desert.

Along the six-mile walk, students learned about the lush vegetation and wildlife in Florida. They also learned about manna from heaven, the exodus of the Israelites from bondage in Egypt and their flight through the parted Red Sea.

After the walk, participants were driven back to First Methodist School or, as it was known for this occasion, the Promised Land. 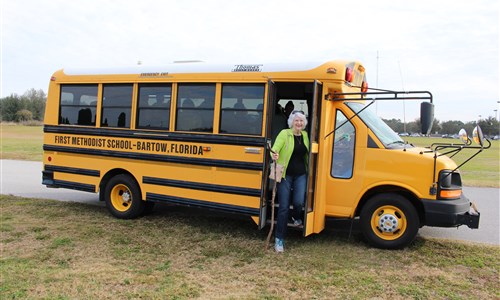 Elsa "Mrs. Moses" Huff is first to get out of the bus at the beginning of the Fort Fraser Trail. One other bus-load of students, parents, and alums was required to transport the 81 participants in this 40th anniversary walk 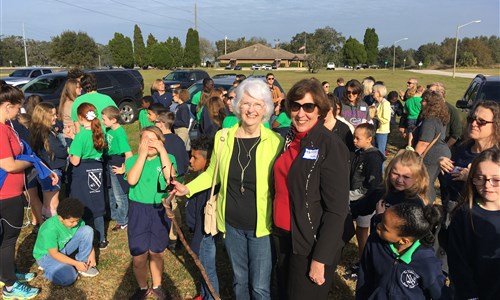 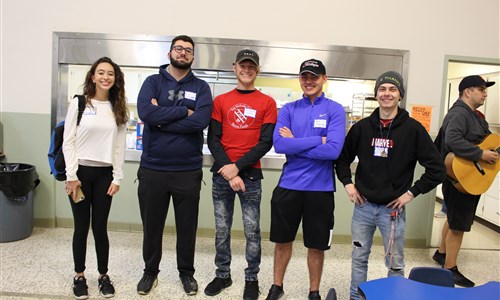 Five alums from the 2010 class came to join the walk 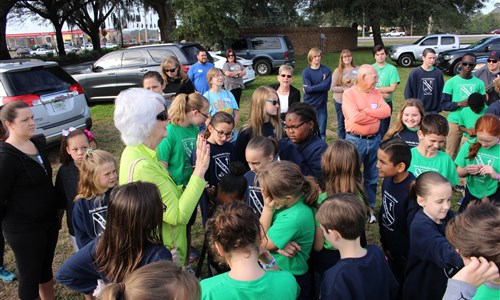 "Mrs. Moses" gives the final instructions before departing on the 6-mile hike. 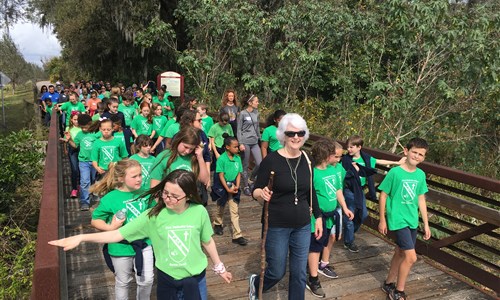 Here we go! As they walk, students learn about the lush vegetation and beautiful wild life they encounter along the way. As the Egyptians were gaining on the Israelites, "Mrs. Moses" parted the Red Sea (Banana Creek). 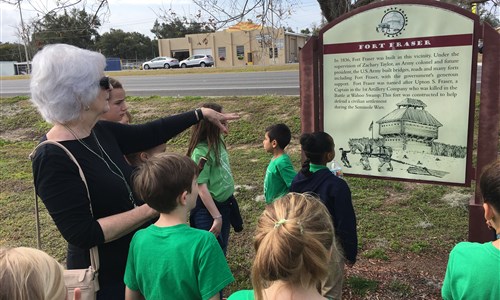 "Mrs. Moses" pauses so that the group can learn about the history of Fort Fraser Trail. 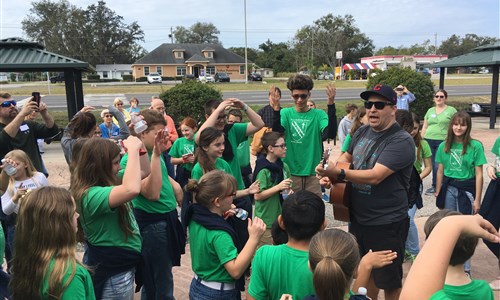 "Pharaoh, Pharaoh, let my people go." Half way along the trail, the group pauses to sing, have manna from heaven and learn about the Exodus. 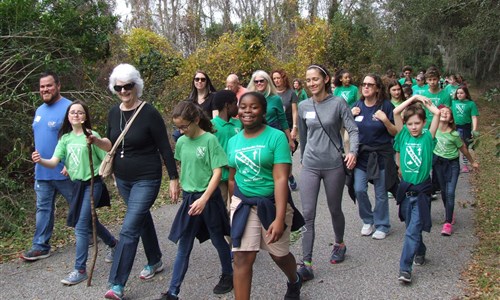 A determined and joyful attack on the final stretch 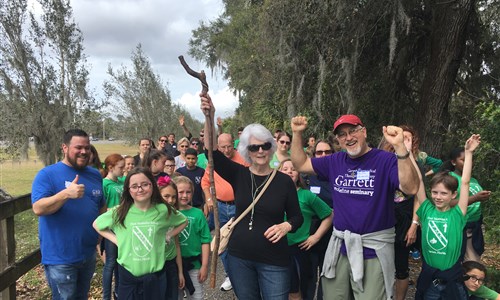 "Mrs. Moses" was joined by Pastor Armando Rodriguez, of the First United Methodist Church of Bartow. Everyone had fun with friends, teachers and family. 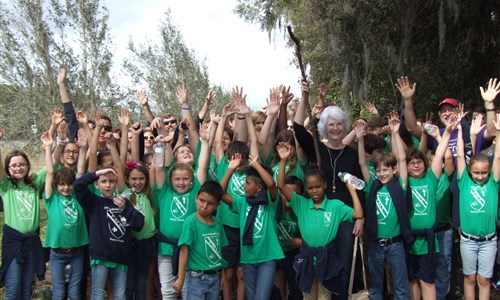 "We did it!" After the 6-mile trek, two church buses would pick up the participants and transport them back to First Methodist School, the Promised Land!