Because of her background in public health, she was asked to speak with mothers in the community about diarrhea prevention and general hygiene. During their discussion, she discovered the women had more interest in another subject.

“While I was talking to them,” Hooks said, “they brought up questions about women's health and were not shy at all.”

Hooks was happy to share as much as she could despite her limited resources.

“They were really grateful for the information,” Hooks said. “It's not something they have access to and there is a lot of misinformation in the community.” 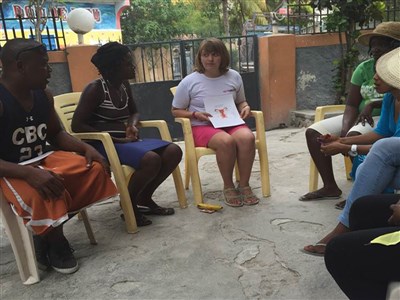 The problem remained that Hooks had not come prepared to properly educate the women of Montrouis about feminine hygiene. She made do with hand-drawn pictures of the female reproductive system and menstrual cups. The women expressed an interest in trying the cups, but Hooks had not brought any to share.

On top of that, her discussions with the women had to be mediated by a translator.

“I don't speak any Creole,” Hooks said, “so I had a translator who happened to be male. The ladies – both the Haitian women and my teammates from Avondale – had a lot of fun teasing him but he was a trooper through the whole thing.”

Hooks's experience inspired an idea aptly named “Wisdom for Women.” In May, she would return to Haiti to equip the women she met with the supplies and information that would help them become community leaders in women’s health and sexuality.

To see her vision for Montrouis come to life, she turned to social media where she managed to raise half of her financial goal through “crowdfunding,” a newer type of online fundraising platform.

“I think that raising money online is a good way to raise a lot of money quickly,” Hooks said. “With social media being so popular, it's really easy to get the message out and donating is so simple.” 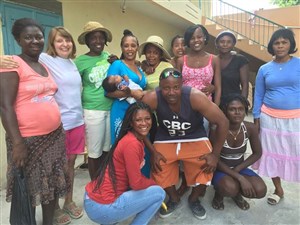 There was a price to raising money online. A percentage of online donations went to crowdfunding. Hooks had to share almost 8 percent plus 30 cents for each donation.

Hooks raised the rest of her financial goal through grassroots fundraising, including a scholarship from the Florida Conference and a barbecue benefit hosted from her backyard.

“My dad made pulled pork barbecue,” Hooks said, “my mom donated the side dishes, and one of the staff at Avondale UMC provided drinks.”

On May 22, Hooks will return to Montrouis, where she will continue the work she started there.