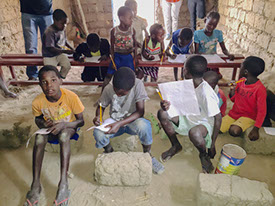 Poverty often has a dramatic impact on children's literacy. The impoverished rural communities around the Quessua Mission are no exception. Most of the children in these villages have no access to government schools. With support from the Alumni Association of Quessua (AEAQ), the Florida Conference, and the Angola Memorial Scholarship Fund (AMSF), every week High School students of the Quessua Boarding House take education to the villages of Mufongo, Kula Muxito, Mangas, Cassusina, and Terra Nova. New classrooms have been built in each vilage for this purpose. Advance #100090 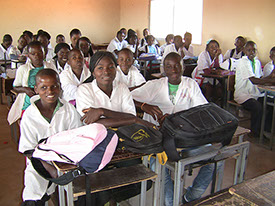 Several students of the Boarding House cannot afford to pay for living expenses and school tuition at the Quessua High School. These students come from the most remote and impoverished areas of the country. Donations from churches in the Florida Conference provide support so that these students can receive appropriate nourishment while being educated in Quessua. $50 will support a student at the Quessua Boarding House for a month. Recipients of this scholarship "pay it forward" by providing literacy classes for children in the villages around the Quessua Mission. Advance #100125 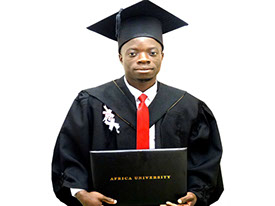 With scholarships from the Florida Conference, graduates of the Quessua High School are currently pursuing College education in the country and overseas. Tuition per year varies between $1,200 and $1,800 per student. To be eligible, applicants must be active members of a United Methodist Church in East Angola, must be under 25 years of age, and must have excellent academic performance. Upon graduation, these students are expected to serve as volunteers, for at least two years, in various capacities at the Quessua Mission. Advance #102020 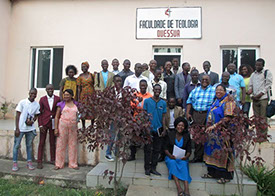 The School of Theology addresses the increasing need for qualified pastors particularly in the rural areas of East Angola. $1,200 a year covers tuition for one student at the Quessua School of Theology. Advance #102020