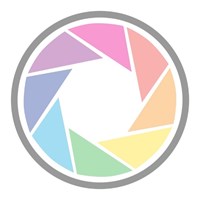 POF (professions of faith) – the number of persons joining your congregation for the first time and making a public profession of their Christian faith.  This is the strongest measure of a congregation’s evangelistic fruitfulness.  The year-to-date figure (YTD) is pulled from the Missional Vital Signs database.

Youth – the number of youth that are involved in “discipling groups.”  The lower the number of children and youth indicated another sign of declining church health.

Total Giving – the total given by congregants (excluding facilities income, sale of church assets, fund raisers, memorial gifts, interest and dividends). This number is pulled from the financial reports and will not be the same as the Extravagant Generosity numbers.

Total Giving per Average Worshiper – the total giving divided by the average worship attendance. It is difficult to compare this figure with other congregations because the economic strength of communities varies. Generally speaking when this figure is trending up within a congregation, it indicates a growth in generosity by worshipers.

Facility Income – the total amount received by the congregation for the use of their facilities by outside groups. This may include rental of space to other congregations, a preschool that is not part of the congregation, use of the facility by community organizations for gatherings, marriage ceremonies, etc.  When this figure reaches 25% of the total giving, it usually is a sign of financial frailty.

Equitable Compensation – the amount of supplement received by the congregation from The Commission on Equitable Compensation to bring the pastor’s salary up to the “minimum compensation” as set by the Annual Conference. At this point, evaluations should be considered for the potential long-term viability of this church.

% Apportionments Paid – the percent of fair-share apportioned funds the congregation paid in each year. (Click here to find out more about how apportionments are used.)

Total Indebtedness – the total amount of indebtedness for land, buildings and other assets as listed by the congregation in the end of the year statistical report.

P&C and WC Insurance Arrearage – the total of unpaid debts for property & casualty and workers compensation insurance at the end of the year.

Health Insurance & Pension Arrearage – the total of unpaid debts for health insurance and pension at the end of the year.

Salary – the total paid to all appointed pastors for salary.

Reimbursable Account – the total paid to all appointed pastors reimbursing them for business expenses rightfully belonging to the congregation.

Housing Allowance – the total paid to all appointed pastors for a housing allowance in lieu of providing a parsonage and utilities.