Firming Up Your Financial Foundation <br>Part III: For What Ministries has God Prepared You?

Firming Up Your Financial Foundation <br>Part III: For What Ministries has God Prepared You?

We have been thinking about strategies for congregations whose financial base is becoming fragile.  In this third of four strategies, I want to invite congregation leaders to wonder about the ministries for which God is preparing your congregation. 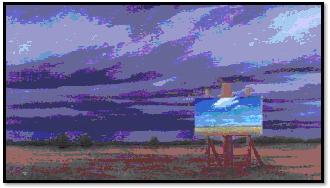 While it is easy to understand how congregational leaders get stuck in the “If only . . .” mode, the consequences are nonetheless spiritually unhealthy.  Here are three that are as common as they are destructive of the congregation’s missional fruitfulness.

One consequence is that leaders excuse themselves from doing the ministry that they could do.  Since they don’t have the resources that they once did and they can’t do the ministries that they once did, many church leaders feel that they can’t do anything.  The ministries they are used to doing in the style that they are comfortable doing are not possible.   So instead of doing what they can, it is easy simply to pull back and do little or nothing.  The focus is on the dark clouds of what can’t be done anymore.  The associate has been let go.  They used to have summer mission trips, but these have become a thing of the past.  The youth director has gone from full to part-time and then let go.  The once active Mother’s Morning Out program was discontinued.  And now they are debating about whether to stop offering a nursery at worship.  Not having the resources they once had ministries are discontinued, but no new ministries are begun.

Another consequence of being riveted on the dark clouds of “if only’s” is that leaders lose sight of the resources that God is now providing them.   While the financial resources may indeed be less, these aren’t the only resources.  For example, think of the things that the members of the congregation can do and enjoy doing.   Think of the connections members have in the community.  Think of the causes about which the members care passionately.  Think of the property and facilities of the congregation.  All of these are resources that can be used to do ministry that blesses others and the community at large.   If we assume, as Scripture promises, that God prepares us for the ministry to which God is calling us, what might all these resources be whispering about God’s calling for the next chapter of the congregation’s history?

Yet another consequence of being caught up in a cyclone of “if only’s” – and this one may be the most impactful – is that leaders lose sight of what God is doing in their midst and in their community and miss the opportunity to join in.  The clearest indication of what God wants a congregation to do is the evidence of what God is already doing.  Rather than asking God to bless our congregation (to lessen our “if only’s”), we are called to see where God is at work and join in using the resources at our disposal.  When our eyes are closed to the ways God is already blessing, comforting, empowering, transforming and renewing in our community, it is like losing our internet connection: no more incoming messages.  When our eyes are open to the gracious, life-giving ways in which God is at work in our part of the world, we can discern how we might be able to join in investing the resources and opportunities we do have.

One congregation noticed that two families from the elementary school almost across the street had recently visited their worship service.  Leaders began to wonder how they might be in ministry to the school.  Several retired teachers visited the principal and spoke with her about the school’s needs and how their congregation might be supportive.  This began a journey of discovery, involvement and ministry that began to bring energy and renewal to the congregation.

Another congregation began to take note of the homeless sleeping on their doorsteps.  A couple of the homeless began to attend more or less regularly.  The face of homelessness changed as members got to know them by name and to talk with them about their situation.  Instead of thinking of them with disgust or irritation, several of the members began to think of them as Jesus in their presence reaching out to them for help (remember Jesus’ parable of the sheep and goats in Matthew  25:31?).  These leaders began to wonder how their congregation could minister to those who were homeless in their community.  As they considered their underused facility, they realized that they had the resources to help.  They began to talk to other groups that worked with homeless in similar situations to learn from them what seemed to be helpful and what really helped persons over the long haul.  And so the journey of renewal began as a focus on ministry and enthusiasm began to return to the congregation.

How is God seeking to lead your congregation into a new and brighter day of ministry?

If you find the CT Blog thought provoking,
even if at times irritatingly so, consider forwarding it to
other leaders in your congregation and encouraging them to
sign up at www.congregationalexcellence.com.