News AC 2023 GC 2024 Calendar Find A Church Find A Clergy Classifieds Where Is It? Church Dashboard 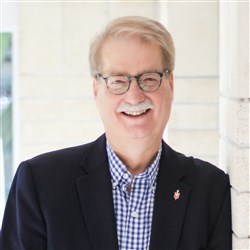 On July 18-20, 2012, Ken Carter was elected to the episcopacy of the United Methodist Church, consecrated as a Bishop and assigned to the Florida Conference during the Southeastern Jurisdictional Conference.

A native of Georgia, Bishop Carter is a graduate of Columbus College (B.S.), Duke University Divinity School (M.Div.), the University of Virginia (M.A.) and Princeton Theological Seminary (D.Min.).  In addition, he was awarded an honorary D.D. from the United Methodist University of Liberia.   He was ordained a deacon in the Western North Carolina Conference in 1983 and an elder in 1986.  Subsequently he served a four-point charge, as an associate pastor of missions and evangelism, as a new church planter, and as senior pastor of two large regional churches; his ministry at Providence United Methodist Church in Charlotte was described by the historian Diana Butler Bass in her Christianity for the Rest of Us.  Immediately prior to his election as a bishop he was the superintendent of the Smoky Mountain District of the Western North Carolina Conference, which included sixty-nine churches in the seven westernmost counties of the state, all within the region of Appalachia.

In the Western North Carolina Conference, the bishop chaired the Board of Ordained Ministry and the Committee on the Episcopacy. He was elected to five jurisdictional conferences and three general conferences, and he led the WNCC delegation in Tampa in 2012. In the denomination, he has served on the General Board of Higher Education and Ministry, the Committee on Faith and Order, and the Ministry Study Commission. He is currently a member of the board of trustees of Bethune Cookman University and Florida Southern College and the board of visitors of Duke Divinity School.

Bishop Carter is the author of eight books, most recently Pray For Me: The Power in Praying For Others (Upper Room, 2012); among those endorsing his latest book was Leighton Ford, brother-in-law of Billy Graham. His books reflect on topics related to practical ministry: stewardship, spiritual gifts, baptism, the Wesleyan means of grace, and intercession. He was also a contributor to the Wesley Study Bible and the Feasting on the Word series.

The bishop is married to Pam Carter, formerly the Missions Specialist with the Western North Carolina Conference and currently the Mission Interpreter with Encounter with Christ in Latin America and the Caribbean.  She has a deep involvement in God’s mission in Haiti, and speaks frequently to gatherings about her work there.  They have been blessed with two daughters: Liz, a Chinese translator and research analyst at Georgetown University in Washington, D.C., and Abby, a recent graduate of Huntingdon College in Montgomery, Alabama.

They Will Know We are Christians by Our Love: A Post-General Conference Report from Bishop Ken Carter to the People of the Florida Conference - published on 3/8/2019

An Integrity of Faith and a Clarity of Witness: Can the U.S. Church Rediscover its Voice and Honor its Lord?* - published on 8/20/2018

Remembering Who We Are: Where covenant, justice and unity meet - published on 10/18/2017

Anticipating Hurricane Irma, let our churches be present and in mission - published on 9/6/2017

When a new pastor arrives: Five essential keys to beginning a relationship - published on 6/29/2017

Unless you become like children: Preparing for General Conference - published on 4/27/2016

Fresh Expressions of Church: The Missionary Holy Spirit Goes Ahead of Us - published on 11/20/2015

Fresh Expressions, United Methodism and "Saving the Institution" - published on 11/2/2015

Discipleship as Spiritual Formation and Mentoring: The Heart of Fresh Expressions of Church - published on 10/26/2015

A Deeper Dive into Making Disciples: Sustaining Fresh Expressions of Church - published on 10/20/2015

The Mission Field that Surrounds Us: Digging into the Data - published on 10/14/2015

Where We Actually Live and Gather: Networks and “Third Places” - published on 10/6/2015

Where We Actually Live and Gather: An Ordinary Sunday Morning - published on 9/29/2015