(To recommend other resources, please email beth.potter@flumc.org.  Provide the resource name, author, URL and focus of the work)

Below are videos for your church use to continue the awareness and learning on racism and how to confront it.  To download a video, click on the title link above the video.  For more information, please contact the Gulf Central District at flumc-gc@flumc.org

The Church Facing Racism:  A Dialogue”

A new offering in the church’s effort to combat racism.  Bringing together two churches-one Black and one White-to start the difficult conversations around racism.  The dialogue includes 5 or 6 people from each congregation including youth, law enforcement, community organizations, community leaders, faith leaders, and interested citizens.  The congregations meet individually for two sessions and then collectively meet for six sessions.

For more information and to register, contact Beth Potter at beth.potter@flumc.org.

A brand new offering that Open Space for one another, so that we all may have a way to process and dialogue what we are experiencing in a way that provides listening and safety.

Open Spaces is available in two versions:  Small Group Discussion and Worship.  As a companion piece to Innovation 2021—"Embrace the Journey:  Becoming the Beloved Community,” the Gulf Central District Anti-Racism Committee is facilitating two district-wide small groups for those looking to continue the Innovation 2021 conversation and process reactions and perceptions in a safe space.

For more information on how to sign up for a District Open Spaces small group, please contact Beth Potter at  beth.potter@flumc.org.

For more information on the worship version of the program, please contact either Pastor Ian Campbell at iancampbell.fl@gmail.com or Rev. Andy Whitaker Smith at awhitakersmith@firstumc.org.

Complete information on Open Spaces will be available on the FLUMC.org website shortly. 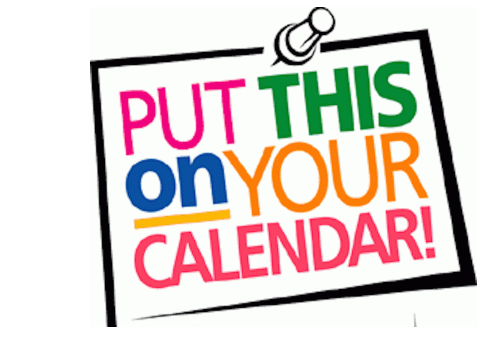 NEW DISTRICT CALENDAR.  Here is one place to quickly find all the Antiracism Bible studies, small groups and events across the Gulf Central District that are open to everyone.  Access here at https://bit.ly/GCDAntiracismCalendar

Please submit your church’s open events to gcdantiracism@gmail.com .  Provide event name, a brief description, and how to register.

•             A Prophetic Call for White Responsibility and Accountability in Dismantling Racism 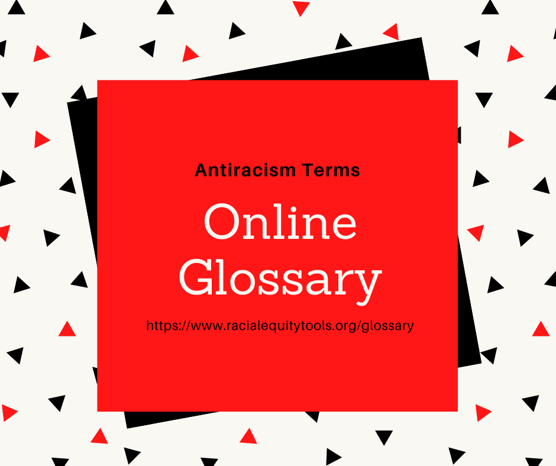 Understanding begins with ears to listen and a common vocabulary.  This is an excellent online tool for terms often used to describe race terms in the United States:  https://www.racialequitytools.org/glossary

The Church Facing Racism:  A Dialogue” is a new offering in the church’s effort to combat racism.  Bringing together two churches-one Black and one White-to start the difficult conversations around racism.  The dialogue includes 5 or 6 people from each congregation including youth, law enforcement, community organizations, community leaders, faith leaders, and interested citizens.  The congregations meet individually for two sessions and then collectively meet for six sessions.

For more information and to register, contact Beth Potter at beth.potter@flumc.org

ENDING RACISM IS A PROCESS.  It requires societal change AND individual change.

This offering is focused primarily on individual change.  This process is adapted from The Antiracism Starter Kit by L. Glenise Pike.  Extensive resources are available through Scaffolded Anti-Racism Resources at https://docs.google.com/document/d/1PrAq4iBNb4nVIcTsLcNlW8zjaQXBLkWayL8EaPlh0bc/mobilebasic?usp=gmail.   The resources are organized using Janet E. Helms “Stages of Racial Identity Development.”  For a summary of this framework:  https://www.racialequitytools.org/resourcefiles/Compilation_of_Racial_Identity_Models_7_15_11.pdf

Stage One — Awareness & Intentionality | Stage One of the process of becoming antiracist is when you become aware that a racial injustice exists. However, antiracism awareness is much more than just being of present mind that white supremacy is a problem within a particular area of our society. It’s about also recognizing that you have a unique role to play in the efforts to stop the continuation of that system. It serves as a catalyst that propels you into action in the fight to dismantle white supremacy. Actions that have to be taken with intention and proper focus if they are to contribute to the end goal of antiracism.

A thought-provoking documentary, scholars, activists and politicians analyze the criminalization of African Americans and the U.S. prison boom.

A powerful true story that follows young lawyer Bryan Stevenson and his battle for justice as he defends a black man sentenced to death despite his innocence.

Contains two essays. The first essay, written in the form of a letter to Baldwin's 14-year-old nephew, discusses the central role of race in American history. The second essay deals with the relations between race and religion, focusing in particular on Baldwin's experiences with the Christian church as a youth, as well as the Islamic ideas of others in Harlem.

An anthology of 18 writers contributing essays and poetry to three movements entitled "Legacy", "Reckoning" and "Jubilee".[3] NYTimes reviews that it deals with everything from the Charleston church shooting to OutKast’s influence to Rachel Dolezal’s chicanery, all through a black lens that is still too rare in literature and elsewhere. The pain of black life (and death) often inspires flowery verse, but every poem and essay in Ward’s volume remains grounded in a harsh reality that our nation, at large, refuses fully to confront. In the spirit of Baldwin’s centering of black experiences, they force everyone to see things our way."

From a powerful new voice on racial justice, an eye-opening account of growing up Black, Christian, and female in middle-class white America.

A stunning account of the rebirth of a caste-like system in the United States, one that has resulted in millions of African Americans locked behind bars and then relegated to a permanent second-class status—denied the very rights supposedly won in the Civil Rights Movement.

I'm Still Here is an illuminating look at how white, middle-class, Evangelicalism has participated in an era of rising racial hostility, inviting the reader to confront apathy, recognize God's ongoing work in the world, and discover how blackness--if we let it--can save us all

An Investigative podcast series. In 1965, Rev. James Reeb was murdered in Selma, Alabama. Three men were tried and acquitted, but no one was ever held to account. Fifty years later, two journalists from Alabama return to the city where it happened, expose the lies that kept the murder from being solved and uncover a story about guilt and memory that says as much about America today as it does about the past

The 1619 Project is an ongoing initiative from The New York Times Magazine that began in August 2019, the 400th anniversary of the beginning of American slavery. It aims to reframe the country’s history by placing the consequences of slavery and the contributions of black Americans at the very center of our national narrative.

A new history podcast that ransacks the official version of the Civil War, and takes on the history you grew up with. It brings you untold stories about covert operations, corruption, resistance, mutiny, counterfeiting, antebellum drones, and so much more. And connects these forgotten struggles to the political battlefield we’re living on right now.

A premier podcast of The Witness – A Black Christian Collective. Tune in every week for engaging discussions and high-profile interviews addressing the core concerns of African Americans biblically.

Austin Channing Brown’s anti-racism work is critical to changing our world, and her ability to talk about what is good and true about love, about our faith, and about loving each other is transformative. She is a writer, a speaker, and a media producer providing inspired leadership on racial justice in America. In this episode, we connect on her book I’m Still Here: Black Dignity in a World Made for Whiteness, and talk about her online television show, The Next Question.

Stage Two — Self-Interrogation | The Analysis. In this stage, you start to ask yourself the hard questions that start the process of you identifying, unpacking, and dismantling the ways in which your past and present behaviors are perpetuating white supremacy in the same ways that relate to what you’ve seen manifested during the education stage of becoming antiracist. You do the work laid out in this stage because there is no way for you to stop engaging in these behaviors without identifying them within your personal patterns of behavior in the first place. And there is no way for you to actually enter into the community action stage without potentially causing great harm to Black, Indigenous, and People Color with your continued perpetuation of white supremacy due to your unchanged behaviors.

Explores the counterproductive reactions white people have when their assumptions about race are challenged, and how these reactions maintain racial inequality.

A concept of antiracism that reenergizes and reshapes the conversation about racial justice in America while pointing us toward liberating new ways of thinking about ourselves and each other. Instead of working with the policies and system we have in place, Kendi asks us to think about what an antiracist society might look like, and how we can play an active role in building it.

Me and White Supremacy teaches readers how to dismantle the privilege within themselves so that they can stop (often unconsciously) inflicting damage on people of colour, and in turn, help other white people do better, too.

Offering insight into how we form our senses of identity through sterotyping while laying out a plan for mitigating the negative effects of “stereotype threat” and reshaping American identities.

Beverly Daniel Tatum, a renowned authority on the psychology of racism, argues that straight talk about our racial identities is essential if we are serious about enabling communication across racial and ethnic divides.

Exploring issues from eradicated black history to the political purpose of white dominance, whitewashed feminism to the inextricable link between class and race, Reni Eddo-Lodge offers a timely and essential new framework for how to see, acknowledge and counter racism. It is a searing, illuminating, absolutely necessary exploration of what it is to be a person of colour in Britain today

Confronts the deep-rooted causes of white supremacy rather than looking solely at the symptoms. Specifically, its focus on whiteness — how it began and how it has shaped the majority of American institutions.  Study guide available

Stage Three – Community Action | The Conclusion. The Community Action stage of becoming antiracist is where you take what you’ve learned about yourself and put it out into the world in an attempt to lead others into this work by example and where you begin taking part in restorative efforts that perpetuate a system of racial equality. The stage is the most anticipated stage of the process. People of action like to act. It’s understandable. Unfortunately, this stage is also the one where you can cause the most amount of harm if you’ve attempted to bypassing thoroughly engaging with the previous three steps before entering it.