News AC 2023 GC 2024 Calendar Find A Church Find A Clergy Classifieds Where Is It? Church Dashboard

About Us: Congregational Vitality

About Us: Congregational Vitality 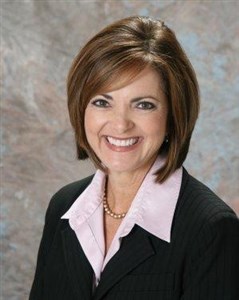 Janet Earls has been serving the Florida Conference's Office of Congregational Vitality as the Director of Church Vitality and Leadership Development since June 1, 2013.

According to Bishop Carter, "Janet Earls has a deep spiritual commitment to lead others in making disciples of Jesus Christ for the transformation of the world. She was a key leader in the growth of one of our larger churches in Florida, one of our denomination's most vital churches, where she was a member, at the same time, she has worked as a coach alongside some of our most distressed congregations. As a lay person, she will bring additional diversity to our conference leadership team through her experiences in corporate and congregational life."

Earls worked close to six years in the East Central District as a contracted church coach as well as volunteering in district leadership roles. Janet was the past chair of the EC District Center for Congregational Excellence; and for five years, she built a track record of success in guiding churches in crisis and coaching church leadership or transition teams through a vision process. Prior to working with churches, she has more than 10 years of experience coaching, training, facilitating and mentoring high performance teams in other secular industries.

Janet is a professional coach certified by Spiritual Leadership, Inc., graduate of Coach U, Kolbe Consultant - Copper Level, member of the Talent Development and area Suncoast Chapter. Janet is a member of the Florida Conference Board of Ordained Ministry and was a Lay Delegate to the 2012 and 2016 General Conferences. She is a member of First UMC Lakeland. Janet has been married to Lee for 28 years and has two adult children; Son, Ryan, married to Caroline and adorable granddaughter, Cora, living in Gainesville, and daughter, Jenna, living in Atlanta, Geogia.